How To Rebrand… The Printed Press

The prevailing perception is that the printed press is dead, that newspapers are a remnant of an era long gone, and that people no longer say "It was written in the paper!" because the news we consume is exclusively via smartphones. But there are quite a few elements in our lives that have survived the teeth of time, despite technological developments and social changes. Perhaps they had to adapt to varying audiences or change their profit-making strategy, but radio survived the television, classical music and opera survived Rock & Roll, and who would have thought that the old scooter would not only survive the car — but also make a high-tech come-back carrying immense social and environmental benefits? That's where we want to see the printed press.

is that the Internet has been part of our lives for almost 30 years now. Its debut was immediately accompanied by fears and anxieties of media company owners: they were quick to assume, since they could not compete with the immediate updates and free content — that they no longer had what to offer. Since then, they have only been engaging in losing battles; trying to minimize their losses and streamline their organizations as much as possible.

The advertisement market of the printed press was also severely damaged due to a number of reasons: The first and most obvious reason is that many readers switched to consuming their news online — so long as it is free. Second, the Israeli newspapers chose to politically align themselves more explicitly in recent years, and the founding of the free newspaper “Yisrael Hayom” which was heavily associated with Netanyahu’s reign. Third, the transition toward targeted, algorithm-based, digital advertising. Fourth, the negative image of the printed newspapers, that the networks themselves didn’t successfully fight off.

Based on the above, publishers made premature assumptions which immediately harmed their products. The sooner they assumed the printed press was a game over — the sooner they disregarded their contribution and began minimizing the content they offered. The more they felt downtrodden and neglected — the more their product reflected their disadvantage. They began merging and downsizing their teams and hiring workers who didn’t have a professional background in print. A kind of internalized oppression, if you will.

Thus, their product lost its main forte, and started to take on the less-attractive qualities of the internet: Instead of editorial considerations, they were now concerned with clickbait. Content became less meticulous and more mediocre; news became less reliable and more superficial. The newspaper is now close to becoming a remnant of the “printed web”.

Generation Z shows some very interesting behaviors when it comes to their media consumption. In fact, some of their behaviors resemble their boomer grandparents’ behaviors, more than those of their generation X and millennial parents. Their parents grew up with the television that became increasingly more short-spanned and fragmented, and came into maturity when PCs and the Internet were introduced. Their senses were bombarded from all directions, and oh, how they welcomed this bombardment. And that’s what they’re like as adults, too.

But studies on Generation Z show that while they indeed have their faces in their phones, this activity is becoming the background noise of their lives. They don’t perceive it as consumption of content, just as the consumption of electricity and water is not perceived as content. So what is content? By and large, the things Grandpa and Grandma perceived as content: Radio (i.e., podcasts), real, printed books and yes, also newspapers and magazines. For generation Z folks, consuming content is a stimulating act that accounts for a pause from the hustle and bustle of life, and it's also kind of a novelty: just as vinyl records and film cameras are experiencing a prolonged popularity, so too are newspapers, magazines, fanzines, and more.

Compared to an app or website, a printed newspaper is written, edited and designed, drawing upon a completely different aesthetic and intellectual tradition, one that provides a product with a completely different user-experience. A website or app provides an endless stream of items, seemingly bountiful but in fact meagre in quality. It is a poor medium both in terms of the quality of writing as well as its innate tendency to hunt down the consumer through clickbaits and constantly recurring catchphrases that get old quickly ("You won’t believe what this man found under his car!").

The printed newspaper is different. It tells a page-by-page story, it diversifies and prioritizes news items; it allows you to take a deep breath and relax, it provides a visual experience, and you can devote designated leisure time to it; it can be touched, folded, and placed on the coffee table, for you to return to the article about the particle accelerator in Switzerland later that evening; it doesn’t get buried in your browser history forever; and finally, the big draw to the internet in its early days was that it was free, but those days are over. Online news costs money, and consumers have learned to pay up. They have surely matured enough to pay for a printed newspaper.

To sum up, publishers who were in such a rush to downplay their newspapers’ content, that they didn’t understand the value of what they had in their hands.

Losing the older population. What if they’re just barely keeping our heads above the water? If we focus only on the hipsters and Generation Z, and their modes of communication — how do we not loose our loyal base of subscribers? We may end up losing from all sides.

First off, we can take advantage of the generational leap. This is a great window of opportunity to take action without being feared of losing the core group of adult readers. Even more so, there is a kind of fascinating mutual interests situation that is a fertile ground for changes in the systemic characterization of newspapers and of public relations and digital activities. How so? For example, a team of journalists comprised of old and young members, or the investment in common fields of interest, ones that hold a significant advantage when in print, such as poetry, literature, arts, and cuisine. A renewed investment in these traditional sections of the paper will obviously shape the way the final product is presented. Less of the material that networks tend to think they can’t do without: hard news. As far as we see it, all of the breaking, dramatic headlines can stay where they belong — in the background.

Secondly, we can package and frame the product in new ways. The new newspaper is a product that arouses the senses: you can touch the papers with your hands, you can smell the print, and it’s a kind of nourishment to the soul and the intellectual spirit. If the writers are creative and their writing riveting, the newspaper is essentially a form of art: a classic form of art that is always changing and evolving. Electronic communications and online news consumption burn-out our sensory reactions and create a steady, white noise that is polluting our souls. The printed newspaper is actually an escape from the daily rush of the web, a breath of fresh air.

And one last thing: it won’t hurt anyone to enjoy some rich, vibrant, engaging and clever writing. Unlike “content writing”, a text that actually shares an experience, that tells a real story. 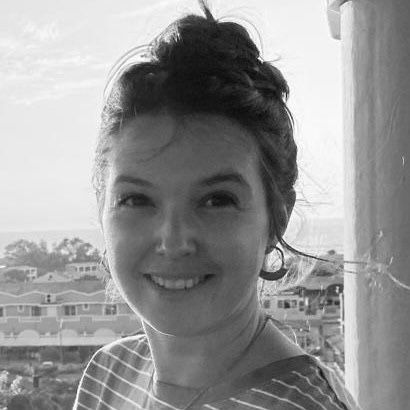